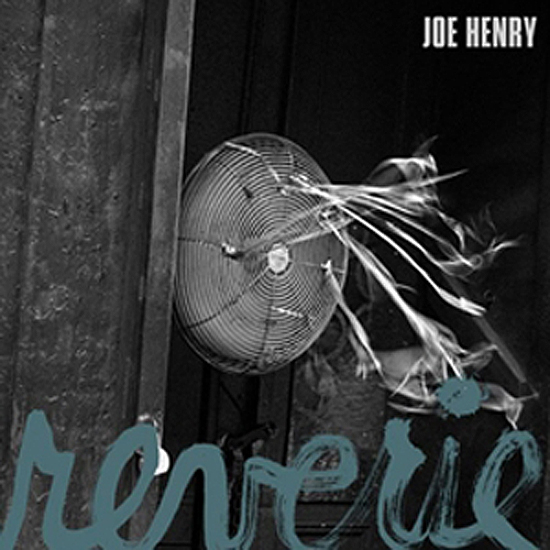 The circus tents are being packed up, the sky is the color of grey porcelain, the hotel room is a flophouse, the storm is coming and this imagined caravan is heading for an escape through the pearly gates of love and blues. Joe Henry, one of America’s greatest songwriters, begins his latest release, “Reverie”, amid the mental marching of a caravan of images in half light. First and foremost, Henry is a sculptor of sentences, fleshed out with rustic piano, romantic sways of melody, and a poetic sense so keen it seems his lyrical visions lay the earth bare. His way of telling a story is deceptively simple, like the opening verses of the record, in his song “Heaven’s Escape”: “They’re showing a movie on the side of a bank / Oh, I’m in love with all creation …” You can almost see Henry, slightly disheveled, dirt on the cuffs of his pant legs, taking off his hat and throwing his arm back as if to say, “Enter. All are welcome.” There are a number of great American songwriters, from Bruce Springsteen to Bob Dylan, Neil Young, Miles Anthony Robinson, AA Bondy, Lucinda Williams, Joey Kneiser, Elvis Costello, Tom Waits, and Patty Griffin. Henry deserves to be among them.

He’s always been a supreme wordsmith, but really flourished with his 10th official release, “Tiny Voices” (2003), where he dropped the country tinge for a freewheeling, ambient, lush sort of jazz. The songs on “Tiny Voices” feel as if they were woven together, loosely, creating a mood through the baroque instrumentation of muted clarinet, woozy sonics, rickety improvisational piano, and a touch of avant garde dissonance and disobedience. The white noise and clatter of “This Afternoon” would fade softly into “Animal Skin”, carrying with it an unpredictably blithe beauty. Lyrically, Henry served up deliciously seductive lines like that in “Sold”, “Please don’t speak another truth out loud / Whatever else you do, / I only want you keep me lost in your cloud / And I’ll do the same for you.”

With every song, Henry raises the ante on what good songwriting means. He has a way of writing about love with mystery and devotion, like in “Leaning”: “I can’t stay here in my room / I can’t hold my own against the heavy lean of your perfume.” Whether Henry is writing about passion, allegiance, lust, or pure reverie, his songs turn the world into a cosmos. His music bares the weight of the world, teeters, bends, forgives and ultimately fuses discordant elements. The apparent lead single, “Odetta”, is a fragile, soulful, unraveling piece of elegance: “My bones they rumble / In time will shift / (Want?) every plan I have laid / Clouds will crack and spill, descend and lift / Sharpen this light into the blade.” It’s hard to place Henry in a time, because his music moves so nimbly between genres and eras. He plays the part of both sinner and saint and would find himself at ease with Waits, Johnny Cash, The Jayhawks, Buck Owens, Ornette Coleman, or Ray Charles. Henry found a comfortable companion in recently deceased bluesman, Solomon Burke, whom he produced an album for, even giving him a song, “Flesh And Blood”.

If you listen to the new song, “Sticks & Stones”, you’ll hear a Son House style of blues crashing into a Waits-like idiosyncrasy. “Grand Street” drips with piano jazz-blues and the low, sad moan of New Orleans: “You look like a soldier, guarding the president’s train / Taking my arm / A scarf on your head, / As if oh dear god, it could rain.” About halfway through, the song explodes into a thunder of drums and a cacophony of noise, barely holding onto its melody. Henry can’t help but equate life and music in the steely blues of “Dark Tears”, in some of the most exquisite lyricism on the record: “Your body speaks the broken street / Swinging as you go / Sometimes words escape me / But there’s a rhythm to all we know / Some take wine from water / Some make bread from stone / Some take love for granted / Like they’ll never be alone … / Out along the darkest bank / I can see your boat from here / I’m gonna stand out on the water, til one of us does disappear.” There’s a command of language in “Strung” that’s nearly impossible to pin down with its ragged, run-on resplendence: “I keep wooden boxes, like traps strung with wire / In the light of old tires, piled, and on fire / Wearing their smoke, like a flower in bloom / Cut like a thread in her pipe-fitters room / I dig in the dirt and yank at the root / Of a shadow’s dark vein in her story gone mute / Till I burn with the blue of a hangman in doubt / I give away, what never was mine.” All those words fall away into a mix of blues and slinking piano chords. “Tomorrow is October” plays like Spanish flamenco, and carries a favorite Henry motif: the parade and the circus. Henry asks the question, “How do you like your blue-eyed boy?” to open his trotting Western song, “Deathbed Version”. It echoes the same line written by the famed E.E. Cummings’ in his poem, “Buffalo Bill’s” — a piece about beauty’s confrontation with death.

It’s easy to imagine the early incarnations of these new songs written out on piano or acoustic guitar, ornate arrangements following behind a tangle of words like incantations. In some way, “Unspeakable”, boils down the intent of Henry’s music: To try to give voice to the unspeakable, the complex inner emotions and the outer landscapes that mirror them. Over a career that spans more than two decades, Henry has created music that is as isolated as it is giving. He sings a verse in “Unspeakable” that could serve as every great relationship between artist and listener: “Take my unspeakable song as your own.” Note: You can listen to “Reverie” at NPR here. All lyrics are unofficial. — David D. Robbins Jr.